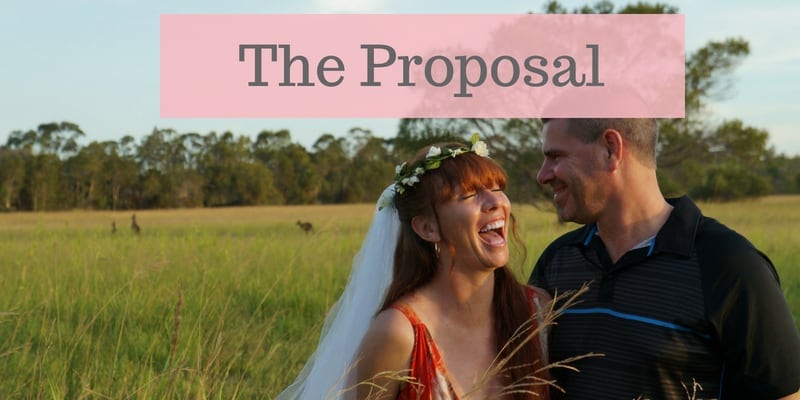 At the ripe old age of forty-five, I had pretty much given up on the whole idea of becoming engaged. Let alone one day being married. I felt blessed to have finally found a man who could accept all of my bad habits. Someone I could comfortably spend more than twenty-four hours with. For me, that was enough. Besides, he wasn’t too keen on the idea anyway.

In fact, any mention of the word marriage from friends or family members would be met with a distorted face and a smart (usually negative) remark. I figured because he had been married before, and although it ended amicably, he just wasn’t into doing the whole marriage thing again. Or so I thought.

The USA road trip where it all began

We were on our second major road trip across America. We had discovered early on in our relationship (three months to be exact), that we both shared a passion for four-wheeled experiences. Our first trip had cemented our relationship. I recommend sharing 21 days in the confined space of an RV in a foreign country. You will either love or hate the other person by the end of it. Guaranteed!

To my surprise, by the end of those 4747 miles (7639 km) I had fallen in love and knew I wanted to spend the rest of my life with this man. Our second adventure was about to surprise me even more.

Ironically my father was crazy enough to share some of this trip with us. Together we had the opportunity to spend Thanksgiving in Texas with my Aunt and cousins. A truly memorable day I will cherish forever! I had so much to be grateful for.

Plus, I’ve never quite enjoyed washing dishes and baking pumpkin & pecan pies as much as I did that day. We finished up the afternoon with a few hours at the shooting range (as ya’ll do in Texas!).

We had spent close to three weeks together with my Dad. With Clark and him having ample opportunities alone reflecting on life whilst sharing a beer. Yet, it turns out the question of becoming engaged was never asked.

So, we put him on a plane home in Florida and continued our journey up the western coast of the peninsula. Our end destination, LAX Airport (and yes, that’s a LOT of miles!) was still several days away.

One of our scheduled stops was New Orleans (or “Noorlins” as the locals call it) for what would be another life-changing experience. Here I had created the unique opportunity to be a nude model for the hugely famous body painting artist Craig Tracy.

After overcoming the fears associated with being naked and painted, it became a form of transformational therapy.

With each brush stroke, I felt the love and appreciation for my body grow. It was like the years of self-hatred were being washed away by the beauty of what I was about to become.

There was an overwhelming sense of peace and acceptance as I witnessed my body turning into an art piece. Little did I know the best was yet to come and that this wonderful experience had, in fact, delayed me becoming engaged.

The morning of the proposal

The next morning, I was still in a daze of euphoria from my body painting experience. We were preparing to leave our hotel and had gone for an oversized American breakfast at a local café on the Mississippi River.

Clark had seemed unusually erratic. There was awkward breakfast conversation where he had asked which city was my favourite of all we had visited so far. “Definitely New Orleans” was my answer. This seemed to sadden him strangely enough.

Then he suggested we go for a walk along the Mississippi River. I thought this out of character for a travel day but wasn’t about to say no to seeing more of my favourite sights.

A riverboat was loading up its passengers so there were tourists everywhere. This only seemed to make him even more agitated and uncomfortable. I couldn’t work out why.

Then…as we returned to the hotel we passed a beautiful mask in a shop window. I’d had my eye on it since our arrival. Previously he had been strongly against its purchase on the grounds it was too fragile and wouldn’t make the trip home in the luggage.

But today he was all for it. “I think you should get that mask,” he said. I jumped at the chance! (That mask was to later become the inspiration for my Facing Fears book cover).

Mask in hand, we arrived back at our room to continue packing our bags. We were staying at the French Market Inn Boutique Hotel (http://www.frenchmarketinn.com/)

Built in 1833 with views of the mighty Mississippi. It was beautifully decorated with a tasteful balance of stone walls, antique pieces and modern features. I felt wrapped up and cosy in its depth of history and wished the walls could talk and share their tales.

Clark, on the other hand, was still agitated and now becoming annoying. So, I turned to him and said, “Sweetie, whatever it is that’s bothering you, please tell me.”

I went on to say, “You know you can tell me anything. What is it?” And with that, he knelt down on one knee and took my hand in his!

It all happened so fast. Of course, I said “Yes”, straight away and there was a flood of different emotions. I was smiling from ear to ear. There were tears (of joy).

I kept squealing, “Oh my gosh Oh my gosh” as I flapped my hands to cool my flushing face. I think there might have even been a few swear words that slipped out. (Oops, sorry Mums!) Basically, I was in shock. He had completely blindsided me.

But then my self-doubt and fear monkey started creeping in. I suddenly looked around the room and asked, “hang on a minute, is this a joke?”, “are you really serious?”, “Do you really mean it?”, “Are you sure?” and “are there hidden cameras here?” I just couldn’t believe he actually wanted to spend the rest of his life with this crazy redhead…Me!

The young girl who had always been told she was “Too much” for everyone else. The student who had been called ugly at school. The young woman who had always felt like she didn’t fit in and wasn’t ever good enough. The woman who had thought she was past her prime. It turns out she is worthy of being truly loved and was finally becoming engaged.

Once I realised he was “for real,” I asked him to do it again so I could remember the moment more clearly. It was all a bit of a blur due to the surprise factor and I wanted to cement it in my memory and anchor it to every part of my being.

There were more happy tears, smiles the size of Texas and a joy in my heart I had never felt before. I jumped up and down on the bed (nearly being taken out by the ceiling fan I might add) and ran around the room hugging and kissing him again and again.

I had never felt so loved in all my life and having waited for over twenty years to hear those magical four words “will you marry me”. Of course, I wanted to capture it on film as well. So, I had him ask me again. This time capturing it on camera so I could cherish it forever and share it with friends, family and the world.

I wanted to shout it from the rooftops. I couldn’t wait to tell someone and share my very own becoming engaged story. Problem was, the majority of the people we knew were still asleep on the other side of the world.

So, we continued to pack our things and both agreed the right thing to do was to let my father, his mother, and his ex-wife know before announcing it.

So instead, I shared it with strangers. The lady at the concierge at checkout. The petrol attendant at the gas station. The waitress at the café where we stopped for lunch. I just couldn’t contain my joy and happiness of finally becoming engaged.

Little did I know this was to be the beginning of another chapter of my life where I would learn even more about myself and others. My first lesson came that very day about how other people have the ability to make what’s special to you, ‘all about them’.

It turns out an engagement (and since then, two weddings) is the perfect opportunity for people to show their true colours, good and bad. My own deep-set beliefs of not being good enough have also been stirred again and again. And the biggest lessons of all have been about the fact you can’t please everyone and you really just need to please yourself.

There are things I would do differently now if I had my time again (and that day was not one of them). And I am truly grateful for all that I have learned on this journey into married life. I hope you enjoy reading further about all of my adventures as I share them through the wandering wedding dress diary blog.

P.S. Once back in Australia, we did a “becoming engaged” photo shoot and had an engagement party. I chose to combine it with the launch of my book Facing Fears – Finding Courage to Reveal the Real You (with the New Orleans mask inspired cover image). Plus our farewell as we began our round the world permanent travels. A very exciting and heartwarming day shared with friends and family. (And yes, those are real Aussie kangaroos in the photo shoot pics!) 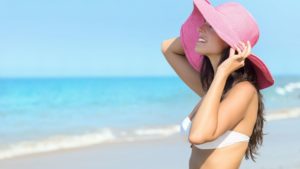 Let’s make plans as if it will be alright