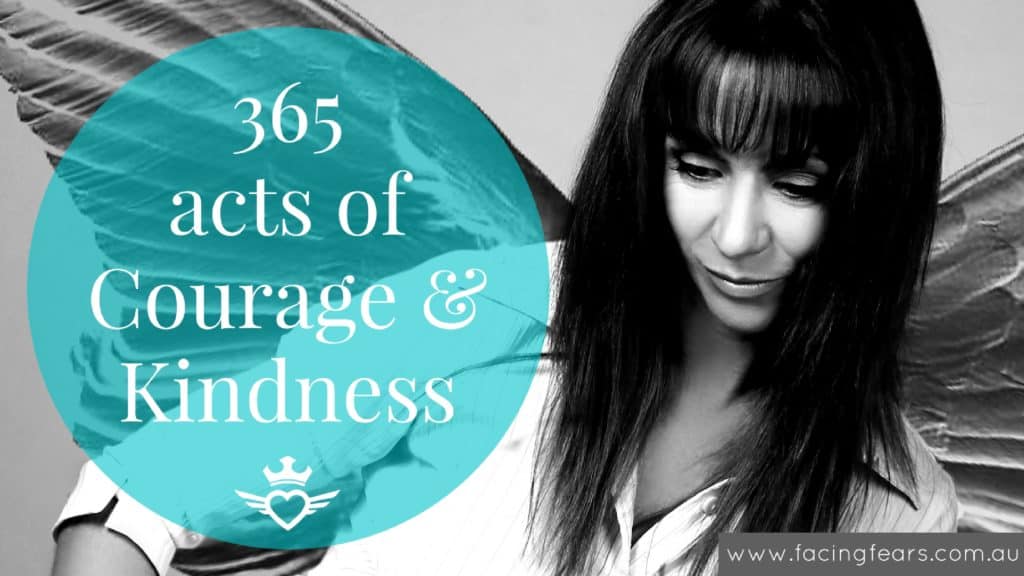 Day Thirteen of 365 Acts of Courage and Kindness

What an amazing day today was by way of acts of courage and acts of kindness. The day started with an act of kindness or I might want to call it an act of selflessness. Not sure of the difference, whether there is a difference or whether they are intertwined within each other but have made a note to explore that further at a later date.

For those who don’t know, on February 17th, 2018 I get to marry the man who stands beside me through all of my adventures, the man who continues to love me when I don’t love myself, and the man I spend almost twenty-four hours a day with and is still my best friend.

This is my first and only marriage, having only ever come close in my twenties when I was proposed to and said no (still a wise decision of mine to this day). For my husband to be it is his second and therefore he isn’t really fussed about the details, it’s all up to me and what I want (bless him).

To me, the ceremony and celebration are not about what decorations or food there is but more about who is there to share it with us. With that in mind, there was one very special person I wanted to be there, who means a lot to both of us and they travel fairly often so they were one of the first people we checked the date with prior to sending the ‘save the dates’ out.

So, it was quite challenging to find out that they could no longer make it on that date because then I was faced with having to either move the date or not having them there at all. Neither of which seemed good options to me (family and friends have already booked their flights from the USA) so I came up with what I thought was the perfect solution.

We would have the ceremony on a different day (when they were available) and in a familiar environment with just a few close family and friends and then have another ceremony and the reception celebration with everyone else as per the original plan. I was so pleased with the solution and thought I had covered all bases and I couldn’t wait to let them know and today was the day.

What I wasn’t aware of was that the real reason they couldn’t make it had more to do with their mental health than the date and this became evident when I made the suggestion and their reaction (there were tears) wasn’t exactly what I was hoping for.

Now, I could have easily pushed it by loading on the guilt trip, after all, it is a very special day, but instead, I chose to put what I wanted aside and focus on being loving and kind to this person who means a lot to both of us. I chose to let go of my own expectations and reassured them that we would do something special as an alternative just with them.

Mental health issues are such debilitating and it broke my heart that I had upset them unintentionally. There’s a saying, “choose your battles wisely”. I am not sure where it’s from but it has always stuck in my mind and at this time, this was not the time to fight for what I wanted. They didn’t need judgement, or the guilt trip, or anything else, other than love and understanding and so this is what I chose to give and upon reflection, became my act of kindness for today.

Now for my acts of courage for today! (Yes, there are more than one!). After our emotional morning, we headed into Chiang Mai (a northern city of Thailand) to meet up with some friends we only knew online through the website world. We were both so excited to see each other and reflected afterwards how we already felt like we knew each other so well, it was more like a meeting of old friends. I love the internet for making that level of friendship possible.

After catching up over a coffee we decided to explore the old city of Chiang Mai which is in the centre of town and surrounded by a moat and the remains of a stone wall. We began our journey on foot which was to be my first challenge as I was only wearingflip-flops (thongs in Australia, jandals in New Zealand) which means I might as well have been walking in bare feet.

As we trekked through the urban streets with the heat on my face (I hadn’t brought sunblock) my feet became completely covered in dust and dirt and at one time, out of the depths of the many crevices on the footpath my legs were sprayed with hot water (I don’t even want to know where that might have come from).

Now, I know I am sounding like a princess and the truth is that I don’t have a problem getting dirty but there is more to come… Along with the concern of sunburn and infection, none of us actually knew where we were going or how to speak any Thai to ask for help or directions. So, essentially we were lost and wandering the streets of a Thailand city.

I’ll be honest, all I wanted to do was to take control of the situation and hail a taxi to go where we wanted to go. But instead, I chose to not get triggered by the situation, to tap into my adventurous side, and as my act of courage for the day, surrender to the moment and trust that it will all work out and might even be fun.

So I stuck with my uncomfortableness and this was when I started to see the beauty. The rewards I received was an insight into how the local people lived. As we passed the many side stalls filled with strange fruits and foods I hadn’t seen before, peered down alley’s into the tiny huts and bowed my head to the many street vendors it filled my heart with love and gratitude for the beautiful Thai people.

Then came my second act of courage for today. We had made it to the old city and explored that a little and then headed to the area our friends were slightly more familiar with to find a place to eat. Where they stopped, I would never have gone had we been there on our own, for fear of ending up strapped to the porcelain bowl (one of my biggest fears of travelling in SE Asia) for the next three days.

It was a tiny street stall with a few stools to sit on and an open ‘kitchen’ with most of the food laying out for you to see (and for all the flies and bugs to experience as well). The eggs were pre-cooked and sitting in a pile on a plate with no covering, as was several other pre-cooked varieties of pork, chicken and egg dishes.

We sat down and they gave us glasses of ice from who knows where and water was poured out of a jug that had been sitting on the table. We ordered our meals of varying spiciness and I went for fried rice with pork. We then got served some complimentary soup by the sweetest of Thai ‘waitresses’ who kept smiling so brightly it made my day.

Every part of me was saying, “Don’t do this or you will regret it tomorrow” and the standard law of travelling in SE Asia is to not drink the water or have ice in your drinks. But…I took a deep breath and pushed those thoughts out of my mind. Instead, I reminded myself that other local people were eating at this ‘restaurant’ and they seemed pretty happy, so that was a good sign. (Never eat at a stall that no-one else is eating at).

So I graciously accepted the water, drank the soup out of the bowl, and ate all of my rice and pork and it was absolutely delicious. We talked, we laughed, and all the time we were surrounded by the smiling faces of the local Thai people. We then said our goodbye’s to our friends, hailed a tuk-tuk and headed back to our meeting point where the shuttle would take us back to our resort.

The reward I received from that was the stretching of my comfort zone as one of the things I don’t like is that feeling of being lost in a foreign country. Now, afterwards, it doesn’t scare me so much and I love that!

Today was most certainly an amazing day and the rewards I received for my courage was the stretching of my comfort zone which now opens up the opportunity for many more food and travel experiences because I am now quite ok with eating a street food and being lost in a foreign country (barefoot LoL).