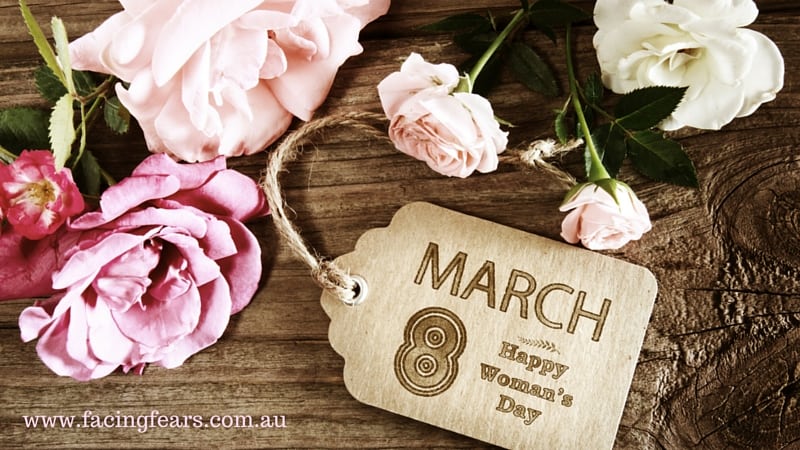 Today is International Women’s Day so I thought it fitting to talk about the power of an empowered woman. I believe women have the power to change the world and they do on a regular basis when they are empowered to do so.  I also believe that as women, we need to work together to support and empower each other so that our unique gifts can be brought to the table and make the difference they were intended to make.

Women are extraordinarily harsh on themselves and consequently don’t need other women to bring them down any further. They doubt their abilities, think they aren’t good enough, kick themselves when they make a mistake and basically hold a higher standard of themselves than they would ever expect of anyone else. But that’s what also makes us who we are as women. If you are having a self-doubt day, read ahead to be reminded of how truly phenomenal you are!

Women are amazing creatures of physical strength and fortitude. We carry children both in the womb for nine months and then on our hips or backs for several years. We endure the most excruciating pain known to mankind in order to bring our children into the world. Then we have to stand by and withstand the heartache as they grow into teenagers who don’t want anything to do with us, trusting as adults that they will return.

Whenever there is a change in circumstances women have the ability to adapt much faster than their male counterparts to the new environment. It’s often said that she ‘took it in her stride’ and yet that doesn’t mean that it was easy. Women have proven time and time again how resilient and determined they can be and how quickly they can bounce back from adversity.

Women are born to be the nurturers which means they bring us all back to love and kindness. They remind us to care about other people, they provide the attention and support we need and their levels of patience are bordering on super powers. They are capable of creating the calmness and peacefulness that could stop a world war.

Women have proven they are smart enough to handle any career and whether they are an academic or a not, they are equally capable of handling themselves on the streets as well as in the boardroom. Women also have an innate ability to bring people together to work on common goals, and are exceptional problem solvers, making them sought after leaders in many industries.

Whether it’s painting, and the arts, or creating breakfast, lunch and dinners on a budget for a family, women are creative and resourceful beyond measure. Creating a nurturing and inviting environment for the family to call home, women are the ones who bring colour into our world and remind us all to stop and smell the roses.

Without a doubt, women are beautiful. With a certain gentleness they move differently to men and have a certain power that comes when they own their sexual prowess. With their gentle curves, swishing hair, pretty dresses, flashing smiles and style ability they can stop traffic, own a room and demand attention all with a simple look

An empowered woman is a force to be reckoned with and empowered women are invincible especially when they are united. I for one am proud to be a woman and especially on this International Women’s Day. I call on all sisters to never drag down another woman. Instead, empower each other to be the inspirations we were put here to be.