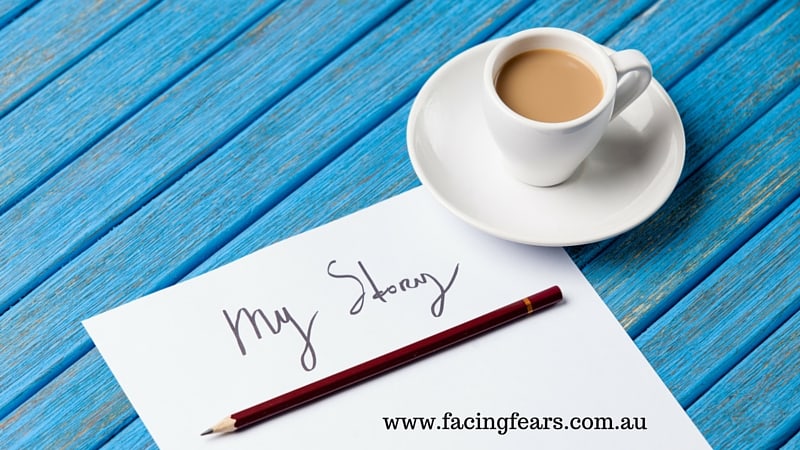 Two years ago today I began the journey of self publishing a book by entering the KPI program. This program teaches you everything you need to know to become a key person of influence in your industry. Part of that process is to write a book as it adds credibility and is basically like a business card on steroids.

Walking into the program I had a consulting business based on creating more productivity in your business and more time for yourself. I also, as a Fearless Living Coach had a coaching business I had been running for over ten years. This had always been a passion project for me though, with only a few clients at a time. The problem was, you can’t be a KPI in two different industries. I had to choose one.

Upon the completion of the 40week program I had a clear outline of what I needed to do to turn my productivity business into a success and I had written 45,000 words of a book on the subject. But it just didn’t feel like what I was supposed to be doing or what I wanted to be known for so that book remains unpublished.

Working out my why

I kept asking myself “If I only had a year to live, what would I want to be known for” and “what is my purpose”. For six months, I kept denying the answer until I couldn’t any longer. It was like something was pushing me along and I came to realise that I had to tell my story in order to help others who had been through similar, to face their fears and believe in themselves. The thought of that scared me immensely which is apparently what your purpose does. It stretches you to have to learn and grow with it and this book has certainly done that!

Making a plan then writing

Normally with a book you would start with a central message of a problem that you solve for your market and maybe map out a plan through a mind map based on that problem.  Because this was going to include my personal story as well though, I didn’t know where to start. A hadn’t looked into my past for so long because I’d learnt the lessons, let it go and moved on. To say it was difficult to go back and re-live it is an understatement but I persevered.

While in Bali for six weeks I naively thought I would have the book finished. I hadn’t factored in the nurturing of my heart and soul I would have to do as I brain dumped memory after memory. It was slow going and I had to continue once we were back in Australia but I got there in the end.

Next was the editing process. Boy was that interesting. My high school English teachers would have been appalled. It turns out I love the word “that” just a wee bit too much and it was often a cause for laughter between us, just how often I used it. There was a LOT of re-writing and pulling the stories into alignment with the lessons and exercises to ensure the flow of readability and message was clear.

I have to admit, I found the editing process one of the most difficult parts because I had to read it as if it was someone else’s story and it broke my heart. This probably sounds ridiculous but when I wrote it, it was just ‘stuff’ I had to deal with. Reading it as an observer caused many a box of tissues to be consumed as the emotions stirred.

After several re-writes it was finally time to move onto the interior design and layout. This was the time for making lots of decisions on the smallest of details and learning all there was available about the practical side of book production. It’s at this point that I wished I had chosen a professional to manage the process for me because there is a lot more to self publishing a book than I realised.

Having already had the cover designed near the beginning of the process it was also decided that a new cover was needed. This involved researching and choosing the artist and my choice of Kelli MacAlpine did not disappoint. The results you will see once the new cover is revealed and I am sure you will be as impressed with her talent as I was.

Then came the biggest surprise of all that I hadn’t prepared for. My fiancé always knew I had had a challenging start to life but he hadn’t wanted to know the details. A couple of weeks ago he made the brave decision that he wanted to read the book and it has been an interesting transition for us both. I am pleased to say that, although I didn’t think it was possible, we have actually become closer because of it.

For me, it has triggered my fears. I suddenly realised the effect my story could have on someone and it dawned on me (I can be a bit slow sometimes) that when people read the book some people may have a different reaction to it. I had been so focussed on the purpose of inspiring those who have been through similar circumstances that I had forgotten about those who haven’t and may read it because they too want to face their fears. The enormity of the responsibility of writing and publishing a book, along with all the obstacles that had come up during the process, suddenly hit me with all its force.

I wanted to give up. Fear took over and I didn’t think I had what it was going to take to be the person I was being called to be. I was afraid of being judged as egotistical for writing a book about myself. I was afraid of not being a good enough writer. I was afraid I may not be able to handle the wrath of those it may trigger and how they might react. I was afraid of failing those who I had been put here to help, and I was afraid of the success, what if it helped a lot of people.

After applying my own Freedom process to myself, I came back to reality and became grounded in the truth. It has taken a huge amount of courage for me to share my story and I have written it from my heart with the entire intention of making a difference in someone’s life. It might make a difference in one person’s life and it might make a difference in a lot of peoples lives. It doesn’t matter. I have no control over that. What matters is that I have followed my heart, faced my fears and I have given it my all.

Self publishing a book – I did it!

The press proof arrived today almost nine months after I began writing it. As I opened the parcel and held it in my hands for the very first time I was overwhelmed with emotions. My next big adventure is about to begin and through it I know I am going to get to stretch, grow and contribute even more.

If you would like to order a copy of Facing Fears – Finding the courage to reveal the real you, you can here.